At this time of the year our family celebrate both English and Swiss traditions starting with the arrival of Samichlaus and his helper the Schmutzli on Dec 6th. They first appear in the local church accompanied by music and stories, at the end of the service they give out chocolate and little bread men called Grittibänz. As a special treat in our town you can 'order' St Nick and sometime during the evening he will appear at your door. This pic was taken at a friend's house some years ago, this particular St Nick was very tall and consequently had quite an impact on the kids, two of which hid under the bed! . He then reads from his big red book what each child has done well during the year and occasionally a 'could do better' list (which Mummy has pinned to the door for him to collect on his way in!) Usually, the kid's leave their shoes outside and in the morning they are filled with hessian bags of nuts, oranges and chocolate. 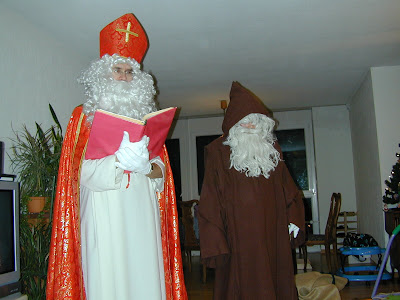 The Swiss celebrate Christmas on the 24th and many still only then bring their tree inside and decorate it with real candles. The first year I looked on in horror having been brought up with Christmas taking place in New Zealand high summer and a lifetime of fire safety having been drilled into me! 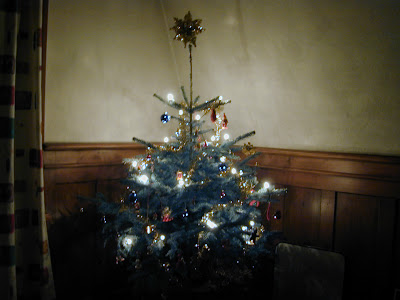 DH's mother sends us all our for a walk and when we come back the beautifully decorated tree is in the living room and an angel known as the Christ Kindli has delivered the gifts. DH's family tend to have meat wrapped in pastry with various salads, followed by vanilla ice-cream and warm raspberry sauce, yum! 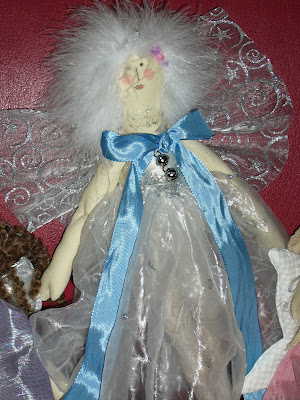 And last but not least on the 25th dear old Santa fills the stockings and leaves the good stuff under the tree which has been up for two weeks with it's electric lights! We have a late afternoon feast of roasty things and pud, the house smells fab and everyone goes a little bit mad in the head! 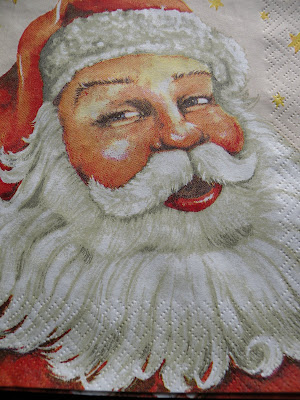 Thank you for visiting my blog and leaving a comment!
Happy Christmas!:-)

What fun! Another visit to Switzerland...church, the good St. Nick and Schmutzli (love that image!, cardmaking, you have chronicled it all well!!! Many thanks for visiting my blog and leaving a comment. I LOVE the travelling and not leaving the warmth of our wood stove! Happy Holidays from Virginia, Margaret!
Lanise

Always a delight visiting you M and hearing about all things Swiss! Your snow looks wonderful, we have nothing at all here, just lots of wicked cold wind :) Your 52 cards project sounds intriguing and what a perfect finish all pink and lovely + too funny about your letter to yourself, very well deserved I'm sure! HoHoHo + Fa la la oxo

It all sounds wonderful, Margaret! I left you an award on my blog.

Hugs from cold, rainy Missouri, USA (our beautiful snow is all but washed away! Waaaaaa!)

I love St. Nicholas' Day! For many years now I have enjoyed going out and finding (and making) different kinds of tiny treats and surprises for my children and the children of many of my friends and relatives. Then, I would drive all over the place at 1 or 2 in the morning to put the presents in the shoes that the kids left out on the doorstep. Some of them even had hay and carrots for St. Nick's "horse!"