So with school out in less than two hours I've finally completed the last card for the year, yay and glorious yay! oh what a feeling. 52 and more envelopes await opening on Dec 31st. My original idea for the last one was to use the 'The End' symbol that appears in the old Warner Bro's movies but when I thought about it I realised it's actually the opposite, more like the beginning, of pointing myself in a new direction and finding my 'thing'. I settled for a purely egotistical congratulatory letter addressed to myself, well, what can I say? someone's got to do it! 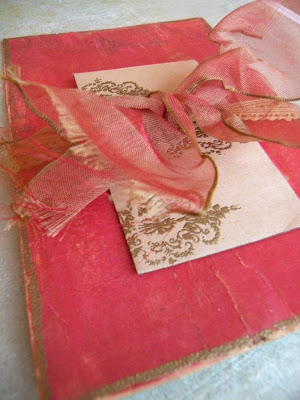 More snow, except this time the city was totally unprepared. The normally vigilent snow patrol only realised shortly before rush hour that it had snowed in the night and there was rather a lot of it. Wednesday was chaos, both public and private transport suffered massive delays. I would've liked to have taken a few more snowy pics but didn't actually manage to leave the house 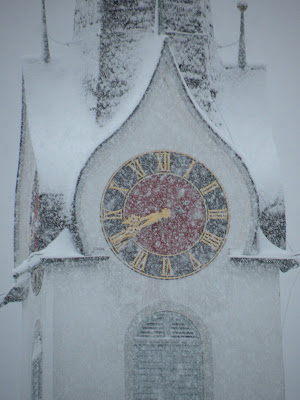 Poor old Big Jim got completly caught out, he spent the night on the garden slopes before being brought in by mummy mountain rescue early this morning AND he was in his swim shorts, what was he thinking??!! Tis the silly season afterall! speaking of which the doorbell rang the other evening and there was a bloke collecting for the local Yodelling group, I kid you not! DH found nothing unusual about this however, I can't for the life of me think what your average yodeller would need money for?? mountain? large field? mouthwash? 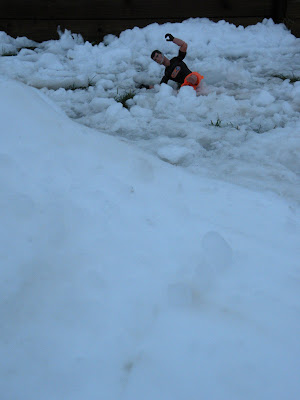 And now the rain and the roof slidding begins, always one to watch out for coming up the path! 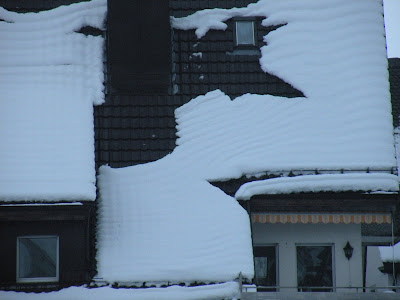 I love this whole posting, but what got my attention was your statement about "finding your thing". I have slowly been leaving some groups and NOT signing up for a many swaps in hopes that in 2009 I too will find my thing. I read something similar on another blog too. Must be the time of year...
Merry Christmas!
Joanie

Ha! Way too funny! of course they would need money for extra strong britches! Love the pics of the snow, we have rain predicted for the whole weekend!
Carole ;)

Thank gawd you saved Big Jim! And the church picture looks like a painting, Margaret! The yodellers...I'm sure they have needs.... ha! I'm soooo glad you got one of my pennants...which one did you get? I edited my post with the banner in it to tell which pennant is yours. I'm so unorganized. I haven't found my tree skirt yet...must've put it some new fancy place last year. Congratulations is deserved...did you find "your thing" this year? Maybe you can help me find mine.

Your pink envelope is stunning! Lovely photo of the sugary steeple. Did the bloke YODEL for you? I would have asked for a chorus before giving him a donation! haha